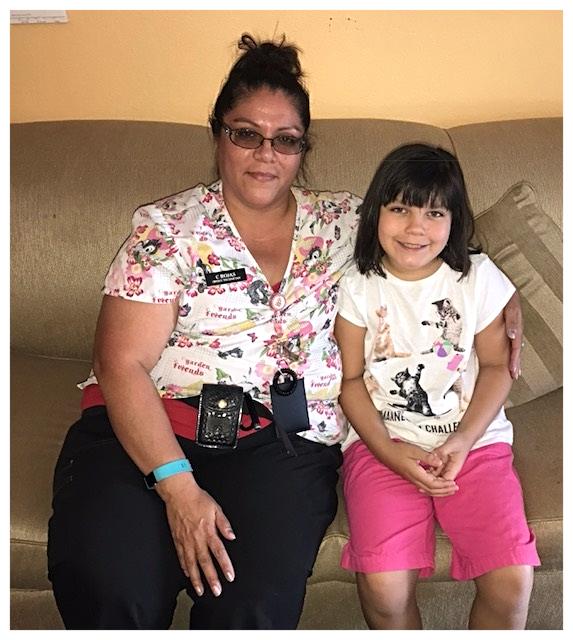 Kids get stomach aches. They get upset tummies for so many reasons: the first day of school, the first day of vacation, pretty much the first day of anything new and sometimes because they ate too many gummy bears before dinner.  When *Patricia’s daughter, Emily, 9, complained her stomach hurt for four days in a row, Patricia knew this was something more serious — and she was right. By the fourth day Emily was in excruciating pain.

Patricia drove her daughter to the closest hospital in Coalinga, but after a brief exam they sent her home. The next day her daughter’s pain was even worse. Barely able to stand and with a blistering hot fever, Patricia drove her straight to Valley Children’s Hospital, 72 miles and over an hour away! A CT scan revealed a ruptured appendix and the risk of the infection spreading from the appendix to other organs was life threatening.

For the next eight days Patricia rarely left her daughter’s side. As a single mom with no family in the area, it was her job alone to comfort her, offer her ice chips when thirsty, and search the hospital room’s TV channels to find her favorite shows. Most importantly, it was her job to keep her daughter feeling safe and loved. Every time the nurse came to draw blood, Patricia was there to hold her hand.

Fortunately, Emily responded to the antibiotics and was released to her mother’s care. After a total of 14 days Patricia was finally able to return to work. She was grateful she had been allowed the time off; however, it came at an incredibly high price. Patricia had received no pay for 14 days and had used up all her savings to pay for the long trips to Valley Children’s Hospital and the meals she had while there. Her July rent was coming due — this time the uncomfortable feeling in her stomach was the realization that there wasn’t enough money in her bank account to pay it. At that time, Patricia had lived at her Villa Esperanza apartment for over eight years — the only home her daughter had ever known. The thought of losing it was unbearable.

As a resident of AMCAL’s Villa Esperanza community, Patricia discovered the Partnership for HOPE Fund was available in a financial crisis like hers. With the help of Judith, her Director of Social Services, she completed an application for rental assistance through AMCAL’s Partnership for HOPE and was granted a one-time rental assistance of $400 toward her July rent. Judith also helped her apply for utility assistance through the PG&E CARE program, which will save her in the coming months on her electric bills, and she will work with Patricia to develop a budget to include a savings plan for future emergencies. The relief Patricia felt overwhelmed her with gratitude.

Emily has been out of the hospital a little over a month now. She has her bounce back and a big friendly smile on her face. She is expecting to have surgery to remove her appendix in September, but for now she is enjoying the rest of her summer. Together this family of two learned the value of having someone by their side when times are tough. Both would like to do something for their community to show how thankful they are. Patricia plans on volunteering at the next community potluck, and Emily wants to help out the younger kids in the after-school program with their math (since this is her strongest subject).

Overall, Patricia and Emily have come through this critical time stronger and more hopeful — not a bad outcome from what started as a tummy ache.

*Names have been changed. 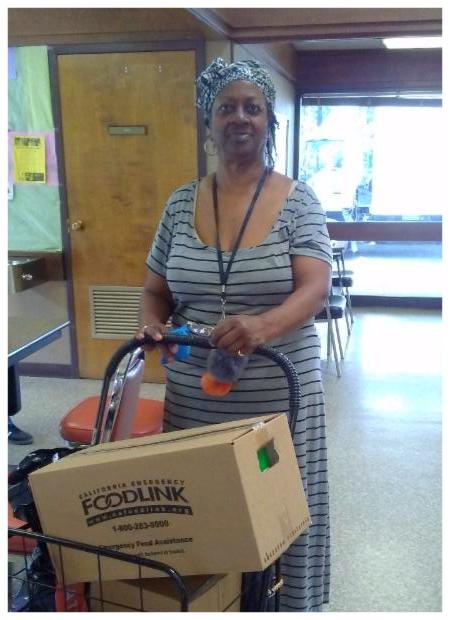 There is nothing more basic to our humanity than the need for food. When the results from a recent LifeSTEPS resident survey showed over 50% of our seniors were food insecure here in the Sacramento area, we knew something had to be done.

Experiences working with older adults has shown there are multiple reasons a senior may be food insecure. Often seniors just have very little disposable income to use for food after other basics like housing and health care are paid for. They will choose to stay housed and continue to take life-saving medicines on their meager fixed incomes — their grocery list will be the first thing they cut.

Another key factor in obtaining groceries is transportation. Older adults have an extremely difficult time since many have given up their vehicles due to either age or lack of income. Navigating the bus system to get groceries is tricky — especially when you are older and frail. And there are some older residents who simply are homebound — they are physically unable to leave their apartments.

Here in Sacramento we are blessed to have several great non-profits that help thousands of Sacramento low income residents to have additional food resources. We are working with both Sacramento Food Bank and Family Services and River City Food Bank to bring our residents food.  Recently our Sacramento Director of Social Services, Monique Osborn, facilitated a partnership with the River City Food Bank’s Food Commodity Program. LifeSTEPS has collaborated with River City Food Bank to open food distribution programs at four SHRA properties and out of 178 eligible 60+ seniors, 125 seniors are now receiving boxes of food and bags of perishables!

There were a few obstacles that LifeSTEPS staff had to work through in starting up the Food Commodities Program, such as how to help those seniors who could not carry a food box from the community room to their apartment. We now have resident volunteers to assist. Another difficulty was the sign up process. Some seniors were not able to come to the center to sign up, so LifeSTEPS staff, alongside two representatives from RCFB, went door to door to sign them up. If seniors were not going to be home or were homebound, they met with their caretakers. One by one they took every opportunity to spread the word and allow all in need to participate.

The rewards have been heartwarming and tangible. Neighbors are helping each other with getting their food boxes — building trusting relationships in the process and seniors like Lorraine are very grateful for the help. “I’m so happy you found a way to get us food. We have been in need for so long.” –Lorraine (Pine Knoll)