Editor’s Note: Nearly 40% of the communities LifeSTEPS serves provide housing for older adults. As such, we have a strong commitment in helping older adults “age in place”. Most live on a fixed income. Some, because they may receive a small pension or have a modest retirement account, make too much to qualify for certain benefits, but don’t make enough to afford out-of-pocket expenses. They are “trapped in the gap” and, because of this, their independence is threatened. LifeSTEPS is focused on helping these individuals – along with all other older adults we serve – to remain in their homes and their communities. 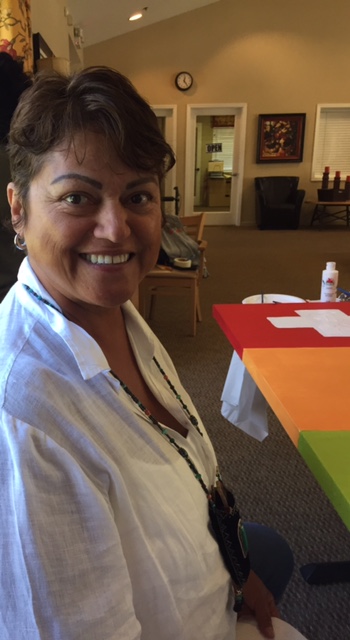 on the table.  If an older adult makes a little too much each month to qualify for certain Medi-Cal benefits, but not enough to afford out of pocket expenses, they are “trapped in the gap”. Because they cannot afford certain expenses – like in home health services or other medical expenses – they often will move into a skilled nursing facility prematurely. When this happens, they leave their community (and independence) behind.

Rebecca is an active resident in her affordable community and enjoys volunteering at various community events. She attends LifeSTEPS educational classes, with a particular interest in anything healthcare related. When she was faced with knee surgery, it was suggested that she purchase some adaptive medical equipment that would help her during her recovery.

Rebecca knew the equipment would be immensely helpful but she could not afford it – and it wasn’t fully covered through Med-iCal. About the same time she also started having dental pain and learned that she had an infection in her mouth. She was faced with yet another expense beyond her means.

The community manager referred Rebecca to LifeSTEPS for financial help. Through the LifeSTEPS Client Assistance Program (Craig’s Fund), which is also supported by the JB Brown Fund (USA Properties), Rebecca received the help she needed to purchase the medical equipment and have her dental treatment. The provision of this equipment made Rebecca’s recovery much more comfortable and the dental treatment eradicated the painful infection.

Rebecca did not have to dip into her rent or grocery money to cover these expenses. She was able to get her needs met without jeopardizing her economic stability. She had a LifeSTEPS social worker there to help her throughout, providing technical expertise and emotional support.

This is a great example of how residents are experiencing better physical and financial health through LifeSTEPS and the JB Brown Fund.

Editor’s Note: LifeSTEPS’ core purpose is to keep people in housing. However, through our relationship with the Los Angeles County Department of Health Services, we are also involved in helping the homeless become housed. Following is Rosalinda’s story, depicting how this partnership helped to change her life.

In 2005 Rosalinda was living a good life. A job developer for Goodwill Industries in Yuma, AZ, Rosalinda found fulfillment in her job and enjoyed a safe and secure home. However, in 2010 she moved back to the Los Angeles area to help her daughter who was having a baby.

From there her life would be turned upside-down. Her relationship with her daughter began to deteriorate. In 2011 Rosalinda had a heart attack, and in 2012 sh 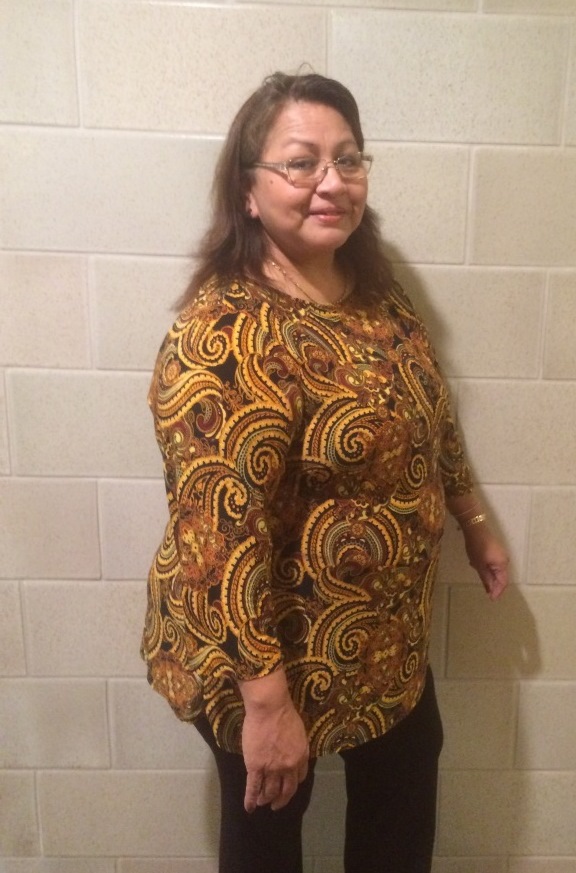 e was diagnosed with a brain aneurysm.  Because of her health conditions she was unable to hold down a job for any length of time. She soon found herself homeless.

For five long years Rosalinda moved back and forth between her brother and her son’s homes, though she often slept in her car or in the park. Thankfully she had accessed health services through the County of Los Angeles. During the fall of 2015 a caseworker from the County Hospital referred her to the Housing for Health Program. Rosalinda was soon in contact with LifeSTEPS and Brilliant Corners, and by October had moved into her new apartment home at Hollenbeck Terrace.

Formerly known as Linda Vista Hospital, Amcal Housing transformed the abandoned facility into an affordable community for older adults. As a tax-credit community, a consistent level of social services is provided to residents through LifeSTEPS. In addition, the community is also a part of the Los Angeles County Housing for Health Program, through which older homeless adults with health concerns, like Rosalinda, are moved from shelters (or their cars) into safe, affordable housing. As needed, they also have access to health services, some of which are delivered on-site. Rosalinda reports that she receives nursing visits and physical therapy on a weekly basis.

For Rosalinda having a home of her own has been a true blessing. Furthermore, she says that it’s her entire community that is helping her to feel more alive.  “We look out for one another. We encourage shut-ins to join us in the different activities here.” For example, Rosalinda is active in social activities on-site, attends education classes, and even does a Zumba class (using her walker)!
“This is a wonderful place to call home,” she says. “It’s been good for my health. Everyone is at peace. I don’t have to worry anymore.”