California is facing its worst housing crisis in decades. Almost everyone is feeling the squeeze, but of course, without a safety net, our lowest-income residents are the most vulnerable. Right now, California has more homeless people than any other state – recent counts put the numbers at more than 115,000 homeless people in CA on any given night. That’s 21% of the entire nation’s homeless population, far outpacing any other state, right here in our backyards.

Back in February, Senator Holly Mitchell, whose district of Culver City and parts of LA has some of the highest proportions of homelessness in the state, introduced a bill to the state legislature to help. This bill, called SB1380, would do two things:

First, it would require California programs that provide housing / housing-related services to incorporate Housing First policies, that is, the idea that a homeless person or family’s core need is to get stable housing first, and then other needs will be dealt with.

Second, the bill would establish a council, the Homeless Coordinating and Financing Council, to “oversee the implementation of the Housing First guidelines and regulations and, among other things, to identify resources, benefits, and services that can be accessed to prevent and end homelessness in California.”

We at LifeSTEPS have seen first-hand how transformative stable housing is, and it’s why we’ve made it the cornerstone of our mission. With support and strong case management, we know that formerly homeless people and families can succeed and thrive in independent apartments. That’s why we are part of the chorus of voices supporting SB1380, as part of Residents United Network (RUN), and we’d love your support!

SB1380 has passed through the Assembly and is now waiting for a hearing to get scheduled in the Senate Appropriations Committee. Your support would go a long way to help! What can you do?

Download the support letter in (English) or (Spanish) and fax to the Chair of the CA Assembly Committee on Appropriations, Chairwoman Lorena Gonzalez, at 916-319-2180

Please sign and fax the letter by August 5, or as soon as you can!  As RUN said in their recent newsletter, “It is possible that a hearing date will be set earlier than our due date, which means we may need to ramp up action faster.”

In celebration of Financial Literacy Month, LifeSTEPS is joining with financial institutions, schools, and non-profits across the United States to share valuable financial tools with our residents. We will host workshops to assist residents in creating the foundations for good financial health: the monthly budget, credit scores, and financial goals.  Check out this great site for ideas on how to be a responsible money manager!

Financial Literacy for All Ages 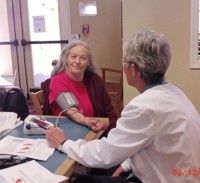 March continues the “Wellness” theme for LifeSTEPS curriculum.  Today, March 12, Vintage Zinfandel senior community is hosting a Health Fair.  Among the presenters will be diabetes educators, a fall prevention coach and a cognition coach.  These professionals will be available to answer questions and provide literature.  LifeSTEPS is dedicated to helping aging adults live their best life by providing social and supportive services tailored specifically to their needs. 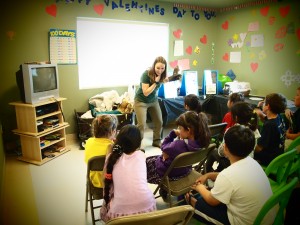 During the month of February the Effie Yeaw Nature Center visited LifeSTEPS After School Programs in the Sacramento area. Their knowledgeable staff brought in props, such as animal skulls, snake skin shreddings, and even live animals! The students were taught about the local animals that are native to the Sacramento area. Each lesson was focused around different places you would find these animals, like the local rivers or woods.

Not only were these students learning about their environment, but they were truly enjoying the activities. LifeSTEPS is grateful for the Effie Yeaw Nature Center and their wonderful employees for coming to our communities to teach youth about the biological life that can be found all around us! 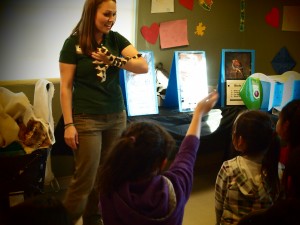 Click here to learn more about the Nature Center or visit them Tuesday through Sunday 9am-5pm at 2850 San Lorenzo Way in Carmichael, CA 95608.