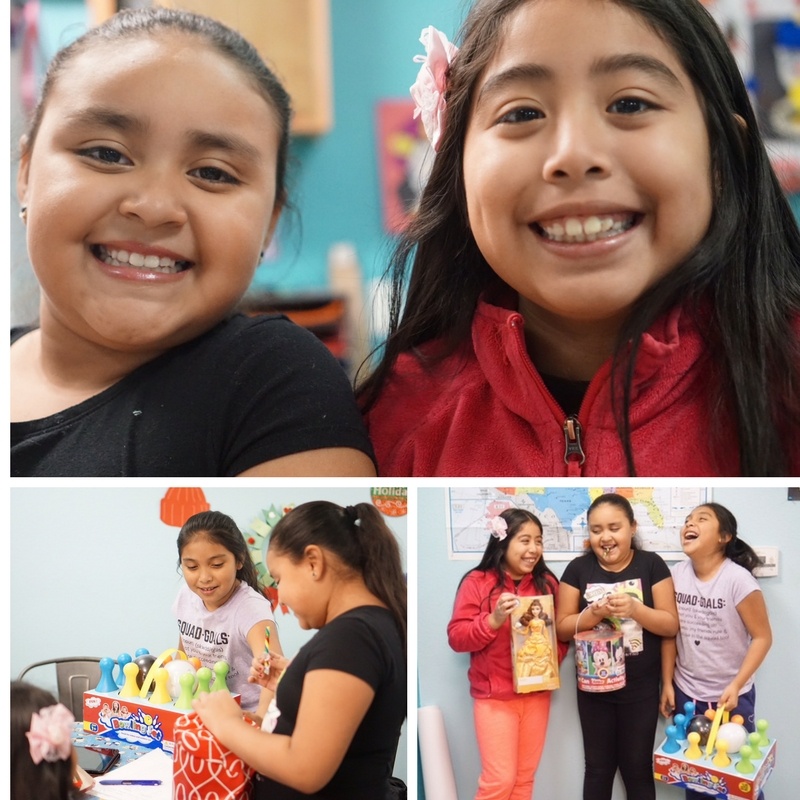 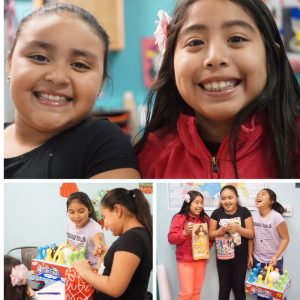 Holidays should be a time of joy and celebration, especially for children. Unfortunately, for many children living in low-income families, the holidays represent a time that highlights what they don’t have and what their parents are unable to give them. LifeSTEPS staff from the LA Valley region wanted to bring some holiday joy to the children who are active participants of LifeSTEPS’ After-School Programs (ASP) so they reached out to their local chapter of Toys for Tots.
The ASP children at AMCAL’s Villas Del Lago were some of the fortunate ones chosen to receive gifts. Many of the ASP kids are in the age called “tweens”–somewhere between childhood and becoming a teenager. These kids are not the little ones at home anymore, so often they are left off Santa’s list (especially when Santa has only enough gifts for some in the family). Knowing this made it even more important for LifeSTEPS ASP staff to secure the donated gifts for their children.
Every child in Villas Del Lago’s ASP was given a gift of their own to unwrap. Some of the children literally shouted out with pure joy as the wrappings came off, “Thank you!” “This is awesome!” Other children forgot for a while that they were not little kids anymore, “I’m going to play with these now!” All the kids thanked their LifeSTEPS staff and the children’s parents expressed gratitude as well, commenting on how impactful LifeSTEPS After-School Program has been for their children. It was truly a special celebration for everyone involved. 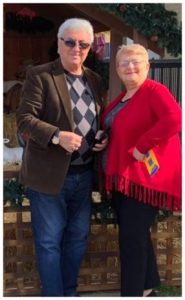 Three years ago Felix and Ofelia got off a plane at LAX airport. The married couple arrived with only a few large suitcases and a small amount of cash. They had traveled 22 hours, a distance of over 4,000 miles from Armenia to California–ready to begin a new life in America–a new life at the young age of 70 and 71 years old!
This new adventure had begun when the couple won a lottery to obtain a green card–a once in a lifetime opportunity to start completely over, and a chance to later bring their grown sons and their families to America too.

In many ways Felix’s and Ofelia’s maturity in years was hidden by the lines in their faces and their gray hair–all just a mask to cover what they really were: two wide-eyed teenagers trying to figure out their adult world for the first time!  Everything was new to them and exciting, but on the other hand, very frightening as well. It wasn’t long before Ofelia missed her sons and her grandchildren terribly. She missed everything that was familiar about her home in Armenia. Plus navigating Los Angeles was a nightmare–especially difficult when you have no financial resources and don’t speak the language. Everyday Ofelia cried a little and wondered why they had come to this strange new country.

Felix was having a hard time adjusting too. The loneliness was really hard for him since he is naturally very social and outgoing. When Ani, LifeSTEPS’ Director of Social Services at Montecito Terrance, first met the couple she could see right away how lost Felix and Ofelia were. The couple’s love for each other was very clear, but they also needed friends and a support system to help them adjust to their new life in the US. Ani began to personally invite the couple to LifeSTEPS activities such as bingo, Zumba class, and potluck socials.  She introduced them to other residents who had also emigrated from Armenia, some of whom were attending college classes and taking ESL classes to learn English. Ofelia and Felix slowly began to make friends and soon Ofelia came to Ani asking for help to enroll in college classes too.  Felix followed soon after and it wasn’t long before the two of them were studying their English together.

Felix and Ofelia have made tremendous progress this last year. Their early culture shock and homesickness has given way to their natural curiosity for adventure and new experiences.  Ani has noticed a remarkable change in their perspectives. They were once again like two kids–their love for meeting new people, hearing new music, trying new food and especially for each other was stronger than ever!  By spring of 2017, they came to Ani and asked for help once more–this time to become American citizens. After the initial referral from Ani, they did all the work themselves.
On December 21, 2017 Ofelia and Felix got an early Christmas gift. Felix took his oath of US citizenship joining Ofelia who had taken hers the month before. They both achieved what many people half their age never do, and they did it together as a strong team.  When they come to see Ani now, their eyes sparkle with the excitement of their new lives.  Ani says, “I’m so happy for this sweet couple!  I’m excited to see how they will continue to grow and build a life here and I am hopeful they will be able to see their family again, perhaps bring them here to stay and live a wonderful life into their golden “old” years.”

With the Partnership for HOPE Fund and LIfeSTEPS Support, Diana has a Bright Future Ahead!

The fog often rises silently from the damp grape vineyards and orchards of California’s Central Valley. It hovers along the ground, covering the four-lane road headed east and west through the small town of Parlier. On days when the Valley fog lingers as thick as “pea-soup” over the roadway it offers a good excuse for Diana to stay home–curl up with a good book and a steaming cup of tea – instead, Diana never lets the fog or any other obstacle get in her way of attending her college classes. Diana knows, without a doubt, her future is dependent on attending college and she knows a college education is her key to a better life. But she wasn’t always so certain.
Diana grew up watchin 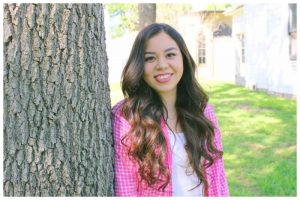 g her parents work hard in low-wage agricultural jobs– struggling with barely enough income to get by. From a young age, Diana wanted more for herself. It was her dream to become a teacher, but like the foggy road, sometimes her path was difficult to see. After graduation, Diana enrolled in Reedley College, a small community college a short drive from her hometown. She basically stepped out in faith–not knowing how she would cover the cost of going to college. Diana was on her own to pay for everything from books to the transportation to get to school.  Her first year, she worked two part-time jobs while trying to find time to study for her classes. It was not uncommon for Diana to have little time for anything other than working and attending college. Eventually the stress of juggling was overwhelming–her grades sometimes suffered and it felt like her dream was slipping away.
Fortunately, Diana discovered from Leni, her LifeSTEPS Director of Social Services, that as a resident of AMCAL’s Villa Escondido she was eligible for a
Partnership for HOPE academic scholarship. Leni encouraged Diana to apply and met with Diana several times to help her gather the needed documents and complete her application. Diana was beyond thrilled when she was awarded $700 for her college expenses! This was the extra boost and motivation that Diana needed to push her over the finish line at Reedley College and on to her next step to becoming a teacher.
Thanks to Leni for taking the initiative to reach out to Diana and to the Partnership for HOPE Fund, Diana ended her first two years at the community college in a much stronger position than when she had started. It means a great deal to Diana to know that she has the support of LifeSTEPS and the Partnership for HOPE donors who believe in her enough to invest in her future. Diana shared, “When I received the Partnership for HOPE Scholarship, it was an example that my dreams do come true!”
In January 2018, Diana transferred to Fresno State University as an Elementary Education major and received her second Partnership for HOPE scholarship award — this time for $2,800 for the spring 2018 semester. This award, coupled with a part-time job working in an After-School Program with the Boy Scouts of America, has allowed Diana to feel much more confident about achieving her dream of earning a college degree and a teaching credential.
So now, even on thick Valley fog mornings, Diana can see her bright future ahead!
https://lifestepsusa.org/wp-content/uploads/2018/01/Villas-Del-Lago-ASP-Holiday-1-25-18-2-1.jpg 800 800 A. Katie Goad https://lifestepsusa.org/wp-content/uploads/2019/10/LifeSTEPS_LOGO2007_burgundy-1.png A. Katie Goad2018-01-29 10:45:202018-01-29 10:47:41AMCAL Communities Partner Report January 2018
Back to All News & Stories