Here it is: Our 2016 Annual Report! We hope you’ll take a moment to review some of the incredible successes we’ve accomplished recently and celebrate with us.

At LifeSTEPS, we are grateful to have strong working partnerships with our property managers all across California. To the property managers we work with, thank you for caring about your residents! Together, we are helping to change people’s lives. 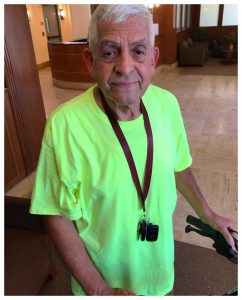 Watching the health of your lifelong partner decline is a heartbreaking experience. After a lifetime together, nothing really prepares you for the suffering you will witness or the exhaustion you will endure in becoming your spouse’s primary caregiver.

Guillermo, a resident at AMCAL’s Hollenbeck Terrace, is a devoted husband who would do anything to help his wife who struggles with mobility as her health is rapidly declining.

Guillermo often felt ill prepared to help his wife and very isolated in his own life as he was all consumed with caring for his wife.

At Guillermo’s age, many of his friends faced their own health crisis and his grown children were busy with their own families. This made Guillermo reluctant to bother them with his troubles, but he also knew he wouldn’t be able to continue to care for his wife alone. His own health was affected and though Guillermo didn’t think of himself as depressed, it was getting more difficult by the day to get a good night’s sleep and have enough energy to get through his daily tasks. This is the state he was in when Guillermo met Venessa, LifeSTEPS Director of Social Services, at Hollenbeck Terrace.

Venessa immediately recognized that Guillermo needed some extra support for his own emotional health and also support to find resources that would help his wife with her physical care. Venessa set up weekly check-ins to see how he was doing and to help him connect with local resources. Venessa worked with Guillermo to secure an in-home health aide for his wife.  Since the doctor had previously dismissed this care option, Venessa advocated on the couple’s behalf for the doctor to reconsider. Together they worked on the process to get his wife the in-home care she needed from In-Home Supportive Services (IHSS) and eventually their efforts paid off.

Guillermo no longer feels all alone in caring for his wife. The IHSS support has truly been a lifesaver for both Guillermo and his wife. Guillermo is now able to attend LifeSTEPS classes and social events while he knows his wife is well taken care of.  Having more social interaction with others in his community has lifted Guillermo’s depression as well.

He is so grateful LifeSTEPS services were there for him–right within his own home community. It doesn’t change how very hard it is to watch your loved one’s health decline, but it makes it a little easier to bear knowing they can both continue to live together as a couple, sharing a home as they have done for over 50 years. 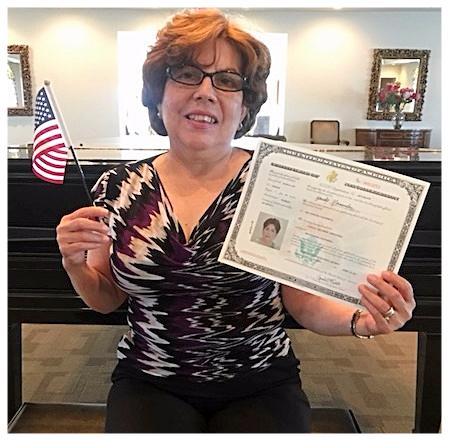 Yanelly waited in line at her city’s food bank for hours, often to be turned away. She would walk back to her family’s home to face her younger brothers and sisters empty-handed. At 25 years old this was not the life she had imagined for herself. Yanelly had dreams of getting married, starting a family and even going to college, but this was Nicaragua, 1982. The Contra rebel armies were raging civil war against the Nicaraguan Sandinista government, and citizens like Yanelly were caught in the middle.

With a bit of luck, Yanelly was able to immigrate to the United States and settle in Los Angeles at the age of 26. A few years later the first of Yanelly’s dreams came true when she met her husband and they married in 1986. Living in LA as new immigrants was never easy. Together they raised five children working low wage jobs. Every month was a struggle to pay the rent, but somehow they made it all work. They instilled in their children the value of an education–though this was one dream that Yanelly was never able to achieve for herself. Still, she was a proud mother when several of her children graduated with their own college degrees.

In June 2016, thirty years after coming to live in Los Angeles, Yanelly still had one more dream to pursue: her US citizenship. Even after all this time, it was difficult for Yanelly to know how to begin. She brought up her desire for citizenship to Evangelina, LifeSTEPS’ Director of Social Services at Bellflower Apartments where Yanelly lives with her husband. Evangelina provided her with all the necessary handouts on the process of becoming a naturalized US citizen and each time they met they worked through the information, Evangelina translating from English to Spanish as needed.

First, Yanelly’s fee waiver was submitted and accepted. Then she began the process to study US history in preparation for her test. For several months Evangelina provided encouragement to Yanelly and together they discussed the history questions in English. In February 2017 Yanelly received a letter from US Immigration with a date for her interview in March 2017. All the months of preparation with Evangelina paid off–Yanelly passed her exam in March and took her oath of citizenship in April 2017!

Yanelly’s entire family is rejoicing in her accomplishment! Evangelina has already noticed Yanelly appears more self-confident. Yanelly says it is like a huge weight has been lifted from her. She is no longer caught in limbo–she is finally home.

“I am very grateful and honored to have met Evangelina who helped me accomplish the dream of every immigrant. I want to thank LifeSTEPS also for being present in our community. My family thanks you for all the effort, time and resources that were given to me during this process. I am proud to have accomplished this dream!” Yanelly