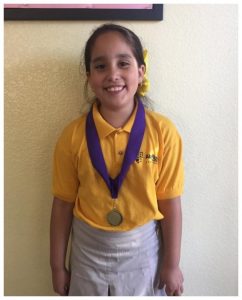 r-old Megan* has been a LifeSTEPS resident almost all of her life. Although she comes from a very loving family, her home situation hasn’t always been the easiest. Before Megan* was born, her mother Diane*, was already a single parent. Prior to having Megan, Diane and her son were abandoned by her husband and eventually lost the only home they knew.

Diane and her son eventually found a new home at where things began to turn around. She had a full-time job, was able to provide for the two of them, and found support in her new community. What finally felt like stability took a sudden turn the moment Diane found out she was pregnant with twins. Without their father in the picture, Diane made a promise to herself that regardless of the situation she found herself in, she would do everything she could to provide for her children.

Although it has been a struggle raising three children on her own, Diane has kept her promise. Because of the long hours Diane has to work, Megan has always made it a point to look after her twin brother and help with whatever she could help with around the house. Attending the After School Program for the last three years, Megan has always been a shining example.

Because of her usual positive attitude, LifeSTEPS Program Coordinator Amena noticed Megan’s shift in mood. Instead of her normal bubbly self, she was quieter and distant. Concerned, Amena sat down with Megan to try and figure out what was going on. After feeling comfortable enough to open up, Megan spoke about her failing grades and the stress she had been feeling.

Never one to ask for help, Megan found it difficult to talk about her struggles since she was so used to being the nurturer. Upon hearing this, Amena made it a point to work with her one-on-one, focusing both on her school work and her coping skills. Amena also made it a point to emphasize the idea that despite the weight that Megan felt was on her shoulders, it was okay to be an eight-year-old and make mistakes.

Feeling inspired from her one-on-one sessions, Megan slowly found new ways to relax and lighten the load she was feeling. She also began asking for help when she knew she needed it. Over time, her grades also went up and the intense pressure she felt began to go away. With the help of Amena and LifeSTEPS, Megan is well on her way to being at the top of her class.

Couple Finds Strength to Carry On