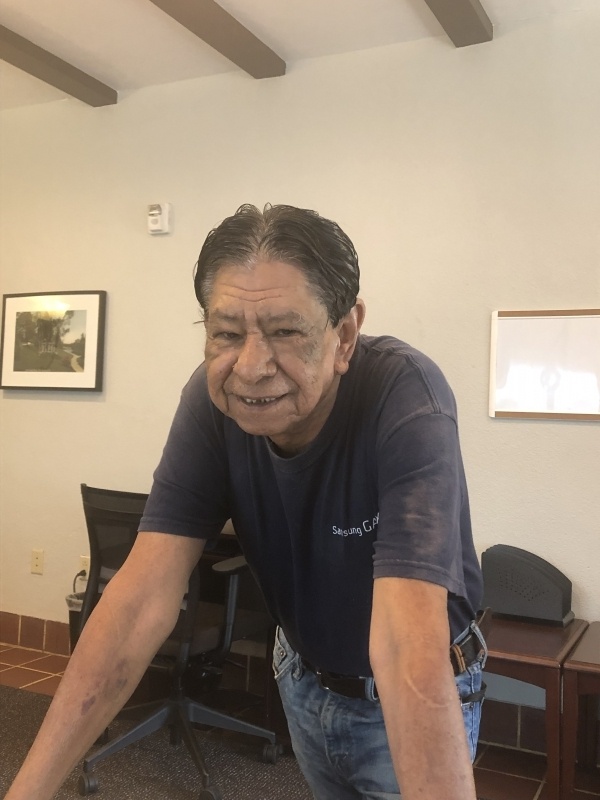 Imagine waking up in the morning after a lonely night on the streets of Los Angeles, breathing in the hazy morning air and saying a silent prayer of thanks for making it safely through another night. Imagine doing that for seven years.

Raul came to this country after growing up in El Salvador. Wanting to pursue a more fulfilling life, Raul worked hard at a local Los Angeles bakery, trying to earn a sustainable income. Yet, Raul’s life took a sharp turn for the worse when he was injured in an accident. Illness ensued and he was no longer able to work, losing his only source of income. With no income and no support, Raul could not pay his rent and was evicted from his home. The dream of a more fulfilling life became a dream deferred.

Raul did what he had to do to survive on the streets, but the harsh reality of his situation took its toll on Raul’s health, including his behavioral health. He battled with depression, anxiety, and stress, and in his attempt to cope with his inner turmoil, he became addicted to drugs. Raul struggled with his health issues, finding himself sick more often than not. He would frequent the county hospitals trying to find some relief, but with his poor living conditions, the sickness lingered, and became worse. Raul’s body completely broke down and he suffered a stroke and was immediately taken to the hospital. However, what seemed like the absolute lowest point for Raul actually became a turning point for getting his life back on track.

After getting medical treatment more attuned to his condition, Raul was discharged from the hospital and entered a 30-day drug rehabilitation program to get sober. While still in the hospital, Raul also worked with a medical caseworker who referred him to the Los Angeles County Department of Health Services (DHS) so he could get assistance with housing through the county’s Housing for Health program. After seven years on the streets, the idea of living under a roof once more was such a liberating feeling.

Raul progressed in the DHS program and eventually moved into an apartment at one of our partner sites. As part of the DHS program, Raul’s case was referred on to LifeSTEPS (a partner of DHS) where he met Estela who would help him get back to being self-sufficient through intensive case management services. Estela’s support was exactly what Raul needed. Together they created an individualized plan that would allow Raul to get back to pursuing his dream of a more fulfilling life.

Today, Raul is still in his home and is sober. He regularly attends AA support group meetings and works with others who have addiction problems within the community. He still says that silent prayer of thanks, but now he says it in gratitude of getting a second chance at life.

Back to Programs & Services
Youth Services