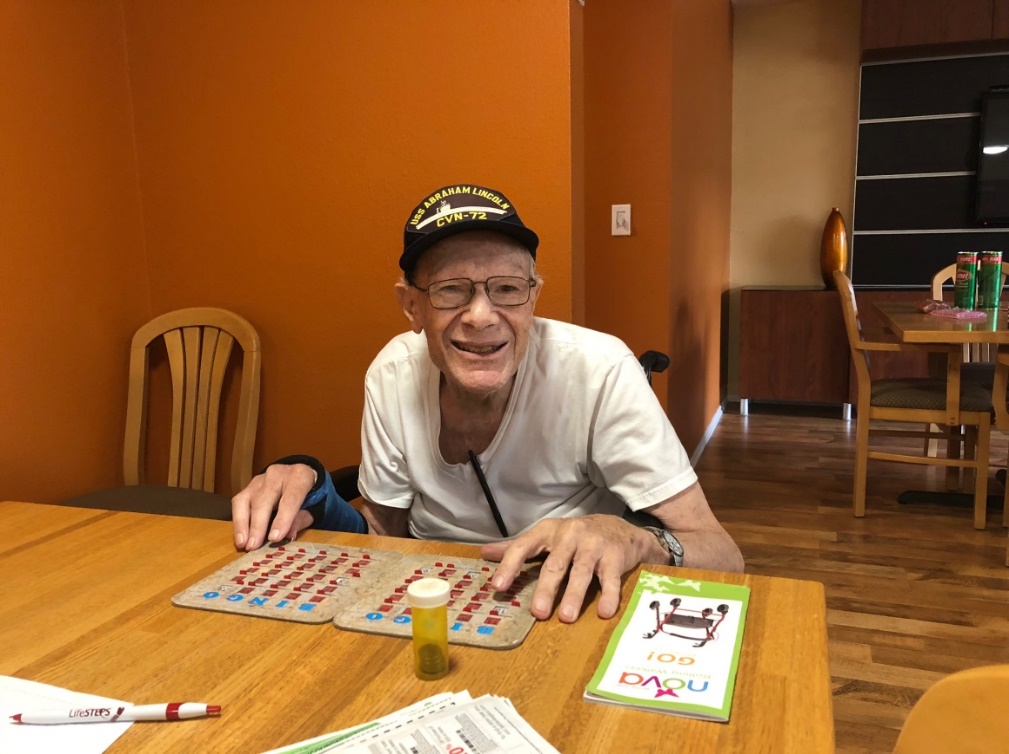 Paul has been living at his residence for nine years. At 82, Paul is known throughout his community as someone full of life and always willing to lend a helping hand. One of his favorite parts of his daily routine is volunteering at his local community center where he enjoys calling out the numbers during their daily Bingo games.

One day as he was wrapping up a game, Paul lost his balance and took a hard fall to the ground. After being rushed to the hospital, Paul was told that he had a fracture and needed to be hospitalized for a few days. Finally strong enough to go home, he was then told that it would take an additional two months for Paul to fully recover. For the first time in his life, Paul felt the physical limitations that often come with aging. Being independent and healthy for most of his life, his frustrations grew knowing that there were many things he would no longer be able to do on his own.

After arriving home from his hospital stay, his Director of Social Services, Ani was informed of the situation and immediately made sure that Paul had everything he needed. Unsure of how to fill out his In-Home Supportive Services application, Ani walked him through the process making all of the required phone calls in an effort to ease his stress. Ani also began to do research on wheelchairs and walkers that were aligned with Paul’s needs.

After scouring the internet and making several phone calls, Ani was able to find the perfect walker that not only fit every criterion that Paul had but also met the small budget he was able to afford. Despite the challenges and roadblocks Ani faced along her search, sharing Paul’s story and his commitment to his community is what ultimately got her the deal that she did.

“Paul is the perfect example of why social services are greatly needed at Senior properties. Yes, there is information available at our fingertips, but for seniors–most do not have the access and technology that we do. This walker has made life easier for not only Paul, but for the two nurses that take care of him. With a little bit of effort and the resources we have, we are able to change lives,” Ani says.

After several weeks in recovery, a new walker, and all of Ani’s help, Paul is finally feeling like himself again. With all of the right tools and resources, senior residents just like Paul are able to continue living their lives without limitations.

Back to Programs & Services
Immigration Services