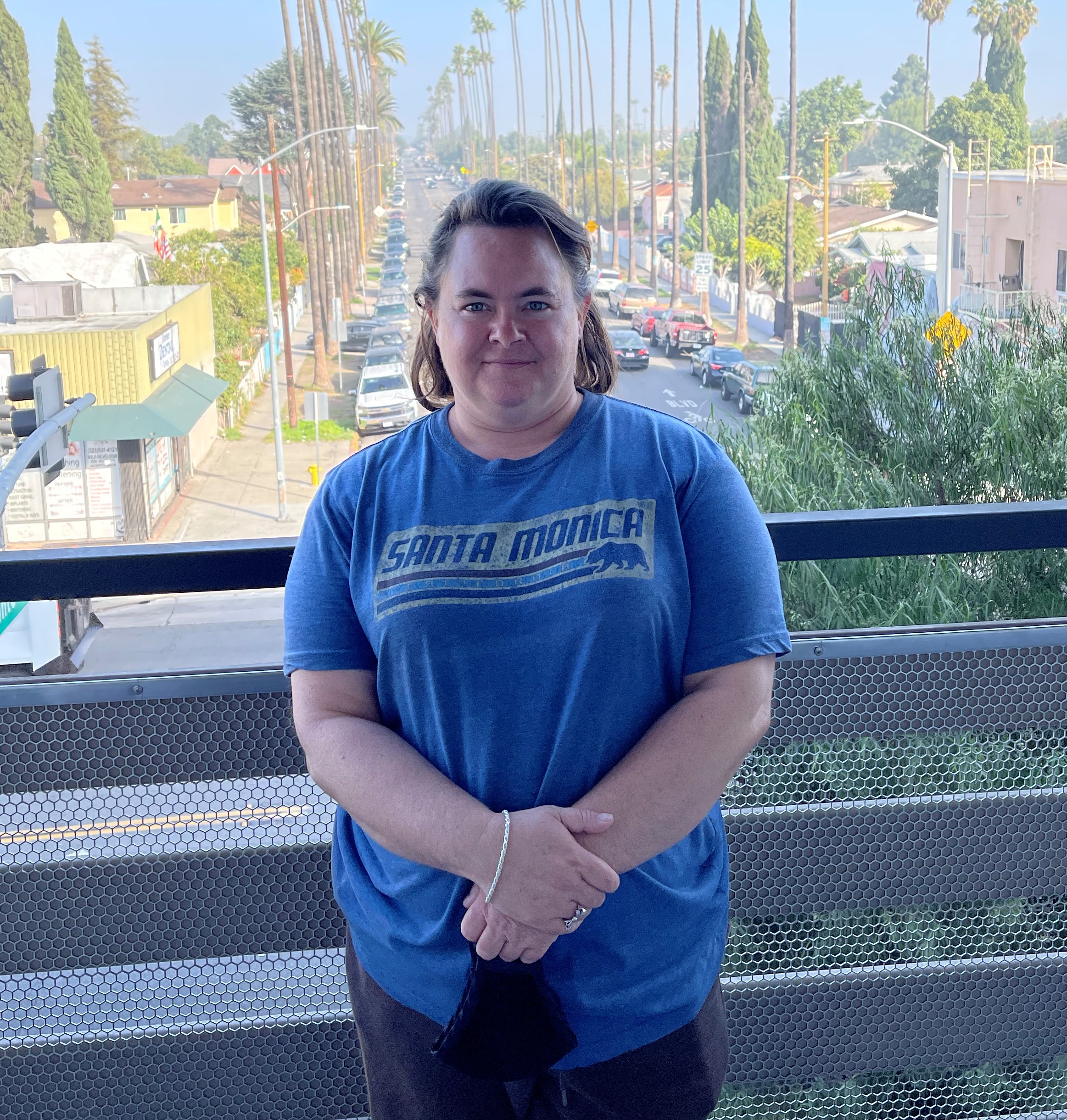 Forty-one-year old Megan* was fighting for her life. She had lost touch with her daughter and was in desperate need of mental health services. Battling drug addiction while dealing with bipolar disorder was more than she could handle, and she needed a support system and a light at the end of the tunnel.

Megan soon found herself homeless and spent a year living on the streets before being arrested and sent to jail for 11 months.  She was released early but did not comply with probation and returned to prison for seven more months. Megan did not want to be in jail nor did she want to be homeless, but she needed support and treatment for her mental illness.

“During my second time in jail, I decided that I didn’t want to be institutionalized. I wanted to live so I realized that I had to change my behavior,” said Megan.

Megan was released to the Office of Diversion and Reentry’s (ODR) housing program, a permanent supportive housing program serving individuals who are homeless, have a serious mental health disorder, and are incarcerated in the Los Angeles County Jail. With assistance from the Department of Health Services (DHS), Megan quickly filled out the necessary paperwork to apply for permanent supportive housing. Little did she know that her life was about to change.

Megan moved into permanent supportive housing where she lives by herself and focuses on improving her mental health.  In addition to intensive case management, LifeSTEPS Intensive Case Manager Maria provided Megan with emotional support and arranged for mental health services. She helped Megan locate and reach out to her grandmother and daughter. After reconnecting with them, Maria helped Megan buy stationery so she could keep in contact with her family through letter writing. Since then, Megan’s family has been a reliable support system for her, which has played a critical role in her successful transition from being homeless to having a home.

“Megan has worked hard since getting out of prison to stay sober and remain on the right path to ensure she never returns to prison. She is a great example of the impact that permanent supportive housing can have on someone with the assistance of case management,” said Maria.

Thanks to the collaboration and partnership between ODR, DHS and LifeSTEPS, Megan is thriving in permanent supportive housing. She has made friends at her apartment community, and reminds others to stay sober. With stable and safe housing, and supportive services from LifeSTEPS, Megan reconnected with her family and friends. She feels healthier and happier, and is planning to celebrate Thanksgiving in her own apartment for the first time with her family.